Home/INTERNATIONAL /The trouble with sea cucumbers

The trouble with sea cucumbers 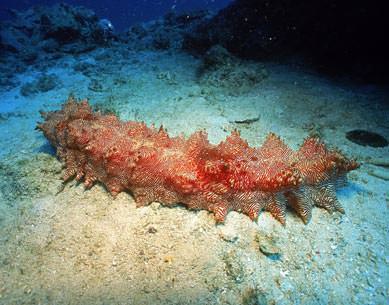 For many in the western world, they’re a summer oddity — strange blobs we sometimes see bobbing about on the seafloor beneath us during a day at the beach.

But across Asia, sea cucumbers have long been a staple in peoples’ diets, mainly in soups, stews and stir-fries, and demand for this homely undersea animal — cucumber is a misnomer,
they’re really echinoderms — is high.

That’s why countries like Indonesia, Papua New Guinea and the Philippines export large quantities of them to China and other Asian markets each year.

And that’s also why sea cucumber populations across the globe, from Asia to the Galapagos, are increasingly in trouble.

According to a new FAO report, sea cucumber stocks are under intense fishing pressure throughout the world. Most high value commercial species have been depleted. In a majority of countries
reviewed and in the African and Indian Ocean regions, stocks are overfished. Likewise in the Asian Pacific region the most sought-after species are largely depleted.

Sea cucumber management plans specific to local circumstances need to be developed, it says. These could include such measures as establishing catch quotas and minimum size limits, closures
during breeding seasons, and better monitoring of the status of stocks.

Sea cucumbers make a substantial contribution to the economies of coastal communities, being in some places the most economically important fishery and non-finfish export — highlighting
the need to improve management and fishing practices.

Asia and the Pacific are the top sea cucumber producing regions, with total regional production running between 20 000 and 40 000 tonnes per year.  However, Ecuador’s Galapagos Islands,
the Seychelles in the Indian Ocean, and Newfoundland in Canada are also hotspots for production.

In a complicated process of boiling and smoke-drying, the skin of sea cucumbers — also known by the more dulcet French sobriquet bêche-de-mer — is dried for preservation
purposes and later rehydrated for use in cooking.

In Malaysia, they’re called trepang, in Japan, namako, and in the Philippines, balatan.  The Chinese poach the sea cukes, smother them in a thick sauce of garlic, ginger, onion and soy
sauce and call them hai sum.

Whole bêche-de-mer can be stuffed with a filling of pork, cornstarch and chopped fried fish.

Like their terrestrial cousins, sea cucumbers can — unsurprisingly, perhaps — also be pickled.

Even in Spain, some folks have started to scarf these strange sea critters down. Up to ten years ago they were considered relatively worthless by Catalan fishermen, who had eaten them on boats
for years but never brought them to shore. Then, a few top chefs in Barcelona got in on the act. Cooked fresh and quickly on a hot griddle, espardenyes are served with olive, sea salt and a
squeeze of lemon.

Aside from their use in cooking, there’s also an emerging market for the use of sea cucumbers in the pharmaceutical, nutriceutical and cosmetic industries.

Sometimes, internal organs such as gonads and intestines are fermented or dried to produce high priced specialty products used as dietary supplements.

Sea cucumbers are by any measure, eastern or western, an interesting organism.

They can essentially liquefy their body mass on command, allowing them to “pour themselves” into narrow openings. Some species defend themselves by ripping a hole in the lining of their
abdominal wall and expelling frondy parts of their breathing organs, which they use to entangle predators and then later regrow. Others have symbiotic relationships with small fish that live in
their anuses. 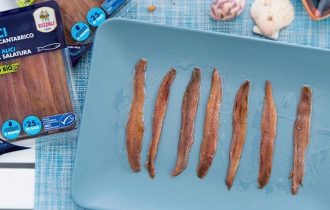 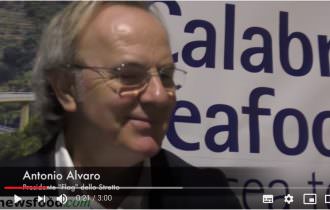