Home/regioni Emilia Romagna /Romagna: the marking will allow greater safeguarding of this precious specialty of cheese

Romagna: the marking will allow greater safeguarding of this precious specialty of cheese (Bologna, 25th November 2009).
From niche product of a small district in Romagna to the thresholds of the international market.
Formaggio di Fossa al Rubicone, which is one of the most original and typical dairy products of the Romagna territory, having conquered the pallets of thousands of bon vivant, performs the great
leap by obtaining the coveted recognition of the D.O.P. (Denominazione di Origine Protetta).
A quality certification that comes in conjunction with the 25th November 2009, the day of the traditional annual opening of the Fosse, the underground pits that have been excavated in the
sandstone for the seasoning of the cheese which varies between 80 to 100 days and gives it an intense aroma and greater digestibility.
Gianfranco Rossini, president of the Consorzio Tutela del Formaggio “Il Fossa” di Sogliano al Rubicone has expressed great satisfaction for this further step forward on the road to the
qualification of the Formaggio di Fossa di Sogliano.
“We are delighted and proud of having the opportunity of celebrating this prestigious recognition – declared the president – which rewards our daily commitment in favor of quality and that places
this extraordinary gastronomic excellence with unique and unmistakable characteristics that combines tradition and process innovation to the general attention”.
“The DOP marking for the Formaggio di Fossa di Sogliano al Rubicone – stated the Regional Councilor for Agriculture Tiberio Rabboni, guest of honor at the official opening of the Fosse – will
allow even further safeguarding of the product, the consolidation of its strong ties with a territory of great countryside, historic and cultural prestige as well as to allow access to the
producers to specific support measures foreseen by the regional Programs for rural development”.
During all of these months, the new Consorzio Produttori Formaggi Stagionati (Co.Pro.Fo.S.) operated beside the Consorzio Tutela del Formaggio “Il Fossa” di Sogliano al Rubicone ) and which was
recently established by the seven main players in the dairy industry of the Romagna and Marche territory, with the objective of returning the Formaggio di Fossa to the “ancient splendor” in terms
of production and marketing.
In fact, during the last two-year period the production of “Fossa” registered an alarming reduction m passing from 180,000 kg in 2007 to 140,000 kg in 2008, with a reduction in the volume of
business of 20% but now we are registering an encouraging inversion of tendency that is reassuring for the future.
“Our objective – explains Vittorio Gozzi, president of the Consorzio – today more than ever, consists on one hand the safeguarding of tradition, quality control and traceability of the entire
“Fossa” supply chain and, on the other, in favoring the appreciation and diffusion within the entire foodstuff distribution system”.
For the re-launching of the Formaggio di Fossa, the new consortium has defined a series of targeted strategies such as the increase in production qualification, the increase of production
identification, the conquering of new markets (currently the value of export is attested to be 5% and involves mainly Germany, France, Great Britain and Spain) and the developing of more correct
and efficient information for the consumer through the creation of various promotional activities.
In total, there are around 80 pits that have been censured by Co.Pro.Fo.S. of which 40 are located within the district of Sogliano al Rubicone (FC), in particular in Borghi and at Roncofreddo
whilst the others are dislocated in the territories within the Marche (at Talamello, Sant’Agata Feltria and Cartoceto in the province of Pesaro Urbino).
“With the “Sistema Formaggio di Fossa” re-launching activities – concludes president Gozzi – we are proposing to intervene onto the entire dairy production-marketing network in order to ensure
equal opportunities and benefits to all of the protagonists of this sector (producers of milk, dairy products, seasoning structures, pit managers and packers), united to guarantee the excellence
of a product of Romagna and the Marche that has finally obtained the prestigious DOP recognition”. 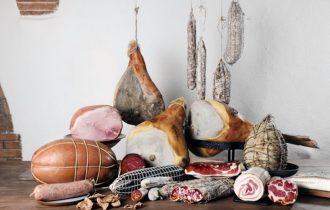 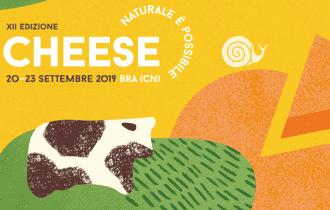 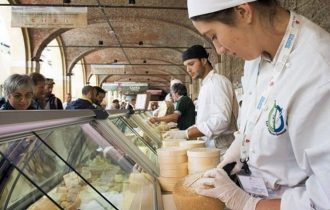 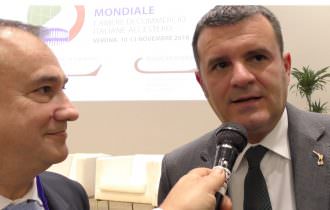