This fuelled a political row over the right of Eluana Englaro – who has been in a coma for 17 years – to die.

Eluana Englaro, 38, has been in a permanent vegetative state since a car crash in 1992.

Doctors at a private geriatric clinic in the northern city of Udine quoted by local media said they had begun withholding food last Friday and a lawyer said her family would continue
moves to allow her to die.

On Sunday, one of the doctors said her condition was “stable, and we are proceeding with the total suspension of artificial nutrition”, according to Italy’s Ansa news agency.

The case has provoked fierce debate in the country.

Euthanasia is illegal in Italy and Mr Berlusconi is supported by the Roman Catholic Church.

Pope Benedict XVI has described euthanasia as a “false solution” to the tragedy of suffering.

Last week, President Napolitano said Mr Berlusconi had acted unconstitutionally when he issued the emergency decree to prevent the woman’s life-support machine from being
disconnected.

He accused Mr Berlusconi of over-ruling a previous court decision to allow Ms Englaro to die.

Mr Berlusconi, who has a parliamentary majority, said an emergency session of parliament would enact a new law barring doctors halting nutrition to patients in a coma.

According to medical experts quoted by the Corriere della Sera newspaper, the process should become irreversible within three to five days.

Another report said it could take Ms Englaro about two weeks to die.

Last year, her father won a court battle allowing her to die. He said that before the accident, she had expressed a wish not be kept alive artificially. 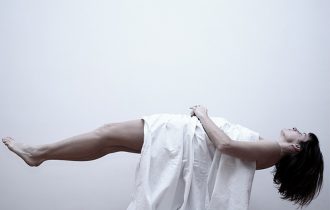 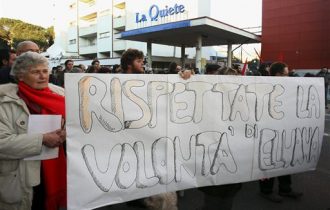