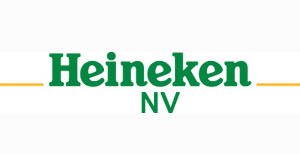 Amsterdam, 23 December 2009 – Heineken N.V. today announced that it has acquired the remaining syndicated bank debt of the Globe Group (Globe) in the
United Kingdom at a discount to the GBP175 million (EUR195 million) face value. Following the acquisition, Heineken will have acquired all of Globe’s syndicated bank debt with a face value of
GBP230 million (EUR256 million) and will no longer have any outstanding Globe debt on its balance sheet.

In order to reflect current fair value, Heineken has lowered the value of its interests in pubs in the United Kingdom by EUR80 million before taxation. The adjustment does not affect cash flow.