Nairobi – The World Food Programme (WFP) has warned that Somalia is sinking deeper into an abyss of suffering with hundreds of thousands of women and children uprooted by fighting
while a lack of security is preventing full humanitarian access to some areas.

«The international community must put Somalia at the top of its agenda and press for change before it is too late,» said Peter Goossens, WFP’s Country Director for Somalia.

«We call on all authorities in Somalia to help us reach those in need and urge donors not to give up on this country,» he said.

«Unless real action to end insecurity is taken very soon, the world is in danger of seeing a whole generation of Somali children growing up having only known war,» said Goossens.

WFP warned that the lack of access to the most needy in Mogadishu was becoming untenable. The Somali capital is currently gripped by rising fuel and food prices, which are hitting the poorest
families hardest when they were already struggling to survive with few opportunities to work.

Widespread suffering
So far this year, fighting between government and anti-government forces has caused some 20,000 people to flee their homes in Mogadishu every month. A total of 700,000 people – mostly women and
children – escaped from the capital in 2007.

Fighting in the capital has caused widespread human suffering and more hunger. Nutrition assessments have been unable to take place in Mogadishu.

Nothwithstanding the insecurity, hot meals made with WFP food continue to be given to a daily average of 52,000 people in Mogadishu – 90 percent women and children – the first such programme in
Somalia since the 1992-1993 famine. Food assistance is also reaching the vast majority of people in need outside of the capital.

Tough
Somalia is considered the most difficult place in the world for humanitarian agencies to work. WFP staff and beneficiaries risk their lives daily. Beyond Mogadishu, fighting and attacks have
forced WFP staff to pull out of some key areas.

In order to help ensure food for some 1.5 million people in the country, WFP is urgently appealing for US$10 million, particularly in cash, required between now and July.

Without urgent new contributions, WFP warns that it will start running out of pulses in April, cereals and vegetable oil in May and corn-soya blend in June.

WFP has recently raised the number of people it expects to feed in Somalia this year to 2.1 million. 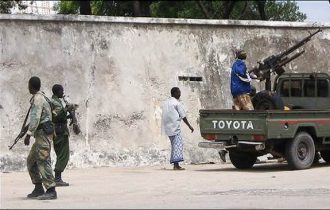 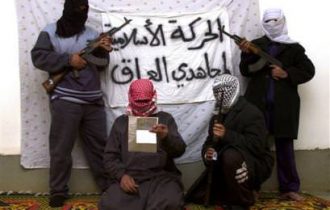