Ministers and officials from over 120 governments will meet in Rome next week to decide whether to add two pesticides – endosulfan and tributyl tin compounds – and the industrial
chemical chrysotile asbestos to a trade watch list that already contains 39 hazardous substances.

Those chemicals included in the so-called PIC list are subject to the Prior Informed Consent (PIC) Procedure under the Rotterdam Convention, an international treaty designed to ensure
that hazardous chemicals do not endanger human health and the environment.

The inclusion of a chemical on the PIC list is not a global recommendation to ban it or severely restrict its use. The PIC procedure gives developing country Parties the power to decide
which of these chemicals they wish to receive and to exclude those they cannot manage safely. Exporting Parties are responsible for ensuring that no exports leave their territory when
an importing country has made the decision not to accept the chemicals.

«The Convention’s focus on trade reflects international concerns regarding the impact of hazardous chemicals and pesticides on human health and the environment – a concern
shared not only by scientists, technical specialists and environmentalists but by the entire human family», said Executive Director Achim Steiner of the United Nations Environment
Programme (UNEP), which along with FAO jointly manages the Convention secretariat.

Chemicals are proposed for inclusion on the list based on the recommendation of a technical panel of experts. A key requirement is that two countries from two different regions of the
world must have banned or severely restricted the particular chemical.

Tributyl tin (TBT) compounds are pesticides used in antifouling paints for ship hulls and are toxic to fish, molluscs and other aquatic organisms. The International Maritime
Organization has moved to ban the use of antifouling paints containing TBT compounds.

Endosulfan is a pesticide widely used around the world, particularly in cotton production. It is hazardous to the environment and detrimental to human health, particularly in those
developing countries where adequate safeguards do not exist.

Chrysotile asbestos is the most commonly used form of asbestos, accounting for around 94 percent of global asbestos production. It is widely used in building materials, such as asbestos
cement, pipe and sheet, and in the manufacture of friction products, gaskets and paper.

The International Labour Organization adopted a resolution in early 2006 calling for the elimination of all uses of chrysotile asbestos. The resolution reflected the World Health
Organization’s findings that it is associated with many thousands of deaths worldwide from lung cancer and mesothelomia, a rare form of cancer directly linked to asbestos.

A number of countries, including some that continue to mine and export chrysotile asbestos, blocked its addition to the PIC list when the Parties to the Convention last met in 2006. As
a result the chemical will be reconsidered at this meeting, and further opposition is anticipated.

«On the 10th anniversary of the Convention’s adoption, it is crucial that we ensure its continued relevance and effectiveness in enabling Parties to protect human health and
the environment, while keeping pace with the demands of human development», said FAO Assistant Director-General, Agriculture and Consumer Protection Department, Modibo T.
Traoré.

Other issues on the agenda of the Fourth Meeting of the Conference of the Parties to the Rotterdam Convention (COP 4) are synergies among the Rotterdam, Basel and Stockholm Conventions,
the three international treaties dealing with hazardous substances. Participants will also further consider procedures and mechanisms for non-compliance, and adopt a programme of
technical assistance to help Parties implement the Convention.

Some 70 000 chemicals are available on the market today, and around 1 500 new ones are introduced every year. This can pose a major challenge to regulators charged with monitoring and
managing these potentially dangerous substances. Many pesticides that have been banned or whose use has been severely restricted in industrialized countries are still marketed and used
unsafely in developing countries. 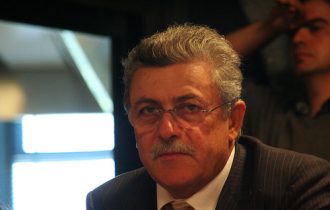 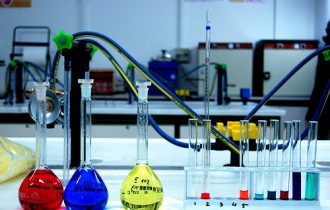