Home/INTERNATIONAL /Positive image of nanotechnology in the media

Positive image of nanotechnology in the media

The analysis of nanotechnology coverage in German print media was the subject of a research project conducted by the Federal Institute for Risk Assessment (BfR). The results: In the
media coverage nanotechnology is not presented as a risk technology; most articles stress the benefits of this new technology. «The largely positive coverage in the media reflects
the positive image of nanotechnology amongst the general public at the present time», says Professor Dr. Dr. Andreas Hensel, President of BfR.

Two earlier scientific studies by BfR had already revealed that consumers in Germany mainly see benefits in conjunction with the use of nanotechnologies. For instance, its use in
medicine and in consumer articles like cleaning products was stressed. By contrast, consumers are sceptical about the use of nanoparticles in foods. The final reports of the three
research projects have been published in the Institute’s own series «BfR-Wissenschaft». They can be ordered from BfR and are also available free-of-charge on the
Internet.

In the publication entitled «Risk perception of the subject nanotechnology. Analysis of media coverage» (BfR-Wissenschaft 07/2008) BfR published the first comprehensive
survey of coverage of the subject nanotechnology in the leading German print media. BfR’s cooperation partner for this study was the Institute for Communication Science of
Münster University. Between 2000 and 2007, 1,696 articles from nine newspapers and journals were analysed. The analysis revealed that nanotechnology is not currently a subject of
controversy in the German print media. 70 percent of the articles examined focussed on the positive sides to nanotechnological products and processes.

The reports mainly concentrated on applications of nanotechnologies in medicine and in information and communication technology, potential increases in sales revenues and new jobs
through the development of nanotechnological products and processes. The articles mostly examine the scientific and economic aspects. Hence, most of the stakeholders, who are quoted in
them, are representatives of scientific bodies and companies. Up to now, representatives of political circles and non-governmental organisations have only played a minor role in media
coverage.

After television, print media are the most important source of information for consumers. This also applies to information about nanotechnology as confirmed by the BfR study
«Public perceptions about nanotechnology. Representative survey and basic morphological-psychological study» (BfR-Wissenschaft 05/2008). The positive media coverage is
clearly reflected in the attitude of consumers towards nanotechnologies. One of the main study findings is that consumers hope that nanotechnologies will offer benefits like, for
instance cleaning products or varnishes with nanoparticles and are largely in favour of these applications. They are, however, sceptical about nanoparticles in foods: 84 percent of the
respondents are somewhat critical about their use in this area.

The participants in the Consumer Conference on Nanotechnology, which was staged in 2006, called above all for the transparent assessment of the potential risks of nanotechnology and
clear labelling of products containing nanoparticles. The final report of the consumer conference has been published as a document entitled «BfR Consumer Conference
Nanotechnology. Pilot project to identify risk perception amongst consumers»(BfR-Wissenschaft 03/2008). 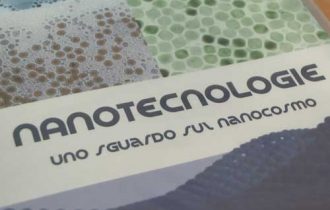