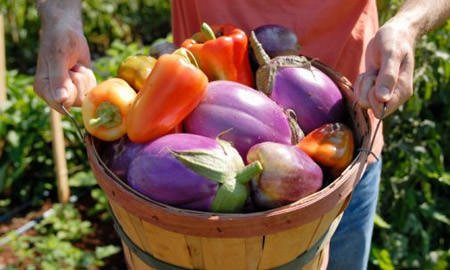 City-planners must make urban horticulture an integral part of their development and planning strategies to meet the challenges of improving nutrition and feeding a growing population in the face
of rapid urbanization, FAO Assistant Director-General Modibo Traoré told a symposium on urban and peri-urban horticulture in Dakar, Senegal.

“It is time to act to ensure urban and peri-urban horticulture finds its rightful place in greener cities development policies and that it will be synonymous with opportunities and hope for the
inhabitants,” he said.

More than half the world’s population, 3.3 billion people, now lives in urban areas, one billion of them residing in slums, mainly in Africa, Asia and Latin America. As the global population
increases three billion more city dwellers are expected by 2050.

Rapid urbanization goes hand in hand with rising poverty and unemployment and child malnutrition rates are now frequently higher in cities than in rural areas, Traoré said. The
vegetables and fruit grown in pots, courtyards, tires and on marginal land are, for millions of people, the most important source of vitamins and micro-nutrients, he said.

“It is therefore urgent to mainstream urban and peri urban horticulture and to recognize its role as a motor in food security and nutrition strategies,” said Traoré.

He also pointed out the importance that municipal authorities ensure that urban horticulturalists have access to the natural resources they need, namely land and water.

“The International Symposium on Urban and Peri Urban Horticulture in the Century of Cities” (6-9 December) is organized jointly by the Government of Senegal and the FAO.

It gathers together more than one hundred experts on urban horticulture from Africa and elsewhere discussing key issues from marketing vegetables grown on urban plots to safely treating domestic
waste water for irrigation to food safety.

The symposium was launched by the Prime Minister of Senegal, Souleymane Ndéné Ndiaye.

In Senegal, nearly half of all fruit and vegetables consumed in cities are grown in and around those same urban areas.

The Prime Minister said the government had prioritized support to urban horticulture “on the one hand because of what it means for improved nutrition of communities and job creation and on the
other because of the important financial resources it brings to the actors in the chain and to the state.”

In 2008, urban agriculture generated a revenue in Senegal of around 400 million dollars.

FAO has been at the forefront of raising awareness as to the benefits of urban vegetable, fruit and herb growing. Through its Growing Greener Cities strategy FAO has actively supported a number
of countries, including Senegal, Burundi, Rwanda, the Democratic Republic of Congo, Guatamala and Bolivia in improving their peri urban and urban horticulture.

Delegates to the conference will on Wednesday visit a micro gardening project in Dakar supported by the Dakar Municipality, FAO and the Italian City of Milan, whose Mayor, Letizia Moratti
addressed the symposium by teleconference. She said more than 4 000 people, mainly women, had benefitted from the project with improved nutrition and incomes. The Mayor of Dakar Khalifa
Sall also attended the symposium. 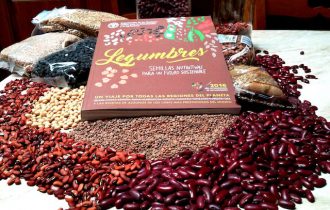