NEW YORK, Dec 27 /PRNewswire/ — In spite of the increase in this year’s harvest over the 2006/2007 crop, a new Rabobank report projects that in the long-term «even the best case
scenario» shows production will remain stagnant over the next 10 years.

According to the report, «Brazilian Orange Juice: Opportunities and challenges in the global market,» this stagnation will provide other orange producing countries the opportunity
to expand orange juice exports to the United States.

«Stakeholders in Brazil’s orange juice sector have a unique opportunity before them,» said Vice President Food and Agricultural Research Stephen Rannekleiv. «Growing
international demand for orange juice and decreased U.S. production give Brazil the opportunity to step up and fill the gap.»

In Florida, hurricanes and plant diseases – such as canker – have led to a decline in total acreage as well as a decrease in yields per acre. In addition, urban encroachment is raising land
values for many growers, which is enticing many farmers to sell their land and to get out of citrus farming. As there are few countries able to fill the emerging gap between declining output
and consumer demand, there is an increasingly attractive opportunity emerging for Brazil.

However, «these pressures on the U.S. orange juice market, teamed with disease and weather troubles in Florida’s orchards, have created opportunities for the United States and Brazil to
create strategic alliances,» said Rannekleiv. «Those alliances give U.S. beverage companies a reliable and efficient orange juice supply, so that they can focus on domestic
marketing and creating products that are more cost effective.»

Besides being responsible for half of the world’s supply of oranges, Brazil and the United States account for 85 percent of the world’s orange juice processing capacity. While Brazilian
companies focus on orange crushing and export logistics, U.S. companies have been increasingly focusing on the domestic ready-to-drink and not from concentrate juice markets.

Although Brazil is theoretically well positioned to make up for declining production in the United States, it also faces it own set of challenges. Rising oil prices have increased demand for
ethanol in Brazil, which has led to an increase in demand for sugar cane. Sugar cane is increasingly competing for land in the traditional citrus growing regions.

In addition, the declining U.S. dollar has reduced the profitability of exporting to the U.S. which has placed pressure on the margins of Brazilian growers.

«Given Brazil’s dominance of global citrus production, it would seem to have a clear opportunity to increase its share of the US orange juice market.» Rannekleiv said.
«However, to do so will require Brazilian growers and processors to overcome their own set of challenges.»

The premier bank to the global food and agriculture industry, Rabobank (https://www.Rabobank.com) is a global financial services leader providing institutional and retail banking and
agricultural finance solutions in key markets around the world. From its century-old roots in the Netherlands, Rabobank has grown into one of the 25 largest banks worldwide, with over $800
billion in total assets and operations in over 35 countries. Rabobank is the only private bank in the world with a triple A credit rating from both Standard & Poor’s and Moody’s, and is
ranked among the world’s safest banks. In the Americas, Rabobank is a leading financial partner to the entire American food and agribusiness industry and is a specialist in sophisticated,
customer-driven solutions in the Global Financial Markets and Corporate Finance arenas. Rabobank also provides retail and commercial banking services in California; leasing; and real estate
lending, operating loans, input financing and crop insurance to American agricultural producers, input suppliers and agricultural manufacturers. 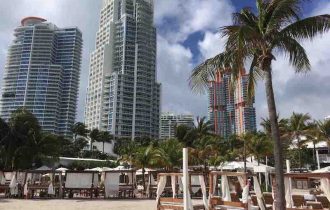 Vino italiano in USA: In avanscoperta tra i wine-lovers in California by Giampietro Comolli 14 Febbraio 2020 0 commenti 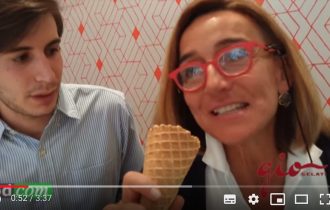 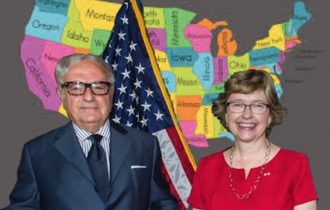 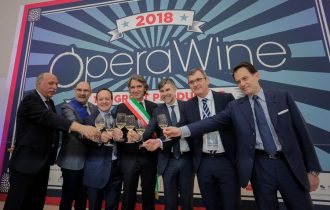