Amsterdam, Netherlands ? Greenpeace welcomed the publication today of the first assessment of global agriculture as an historic opportunity to replace destructive chemical-intensive
agriculture with methods that work with nature not against it.

The report says industrial agriculture has failed and, regarding genetically engineered (GE) crops, found they are no solution for poverty, hunger or climate change.

Some 60 governments signed the International Assessment of Agricultural Science and Technology for Development (IAASTD)’s final report [1] last week in Johannesburg, South Africa. The United
States, Canada and Australia were the only governments in attendance not to sign. Despite being among the stakeholders who selected the report’s authors, they accuse the assessment of being
‘unbalanced’ and are attacking the authors’ independence [2].

Dr. Janet Cotter, senior scientist for Greenpeace International, who was one of the reports contributors said, «This report proves we can produce more and better food without destroying
rural livelihoods and our natural resources. Modern farming solutions champion biodiversity, are labour intensive and work with nature, not against it».

Benny Härlin from Greenpeace International, who was on the IAASTD’s governing body, said, «This report is a call for governments and international agencies to redirect and increase
their funding towards a revolution in agriculture that is firmly agro-ecological».

The IAASTD report calls for a fundamental change in farming practices, in order to address soaring food prices, hunger, social inequities and environmental disasters. It acknowledges that
genetically engineered crops are highly controversial and will not play a substantial role in addressing the key problems of climate change, biodiversity loss, hunger and poverty.

It recommends small-scale farmers and agro-ecological methods are the way forward if the current food crisis is to be solved and to meet the needs of local communities, declaring indigenous and
local knowledge play as important a role as formal science. A significant departure from the destructive chemical-dependent, one-size-fits-all model of industrial agriculture.

«Dependency on world agricultural commodity prices and speculation, as well as on seed and toxic agricultural inputs controlled by a few transnational players is literally a kiss of death
for small-scale and poor farmers,» warns Härlin.

1. The International Assessment of Agricultural Science and Technology for Development (IAASTD) is a unique collaboration initiated by the World Bank in partnership with a multi-stakeholder
group of organisations, including the United Nations Food and Agriculture Organisation, United Nations Development Programme, United Nations Environmental Programme, the World Health
Organisation and representatives of governments, civil society, private sector and scientific institutions from around the world. For Greenpeace, Benny Härlin participated since 2003 in
the Bureau that governs the project.

The IAASTD’s key objective is to provide information for decision makers on how to structure agricultural research and development so it can help to reduce hunger and poverty, improve rural
livelihood and foster sustainable development. The key final documents are the Global Summary for Decision Makers, and the Executive Summary of the Synthesis Report. They were negotiated line
by line by governments in Johannesburg. More information on www.agassessment-watch.org

2. The report was compiled by over 400 of the world’s leading agricultural scientists, selected by all participating governments, companies and NGOs. It is the most comprehensive account of
agricultural knowledge, science and technology. It provides guidance for governments, UN agencies and funders for their future priority setting in agriculture and development. The next step is
for government and agencies to adjust their funding, research and development programmes accordingly. 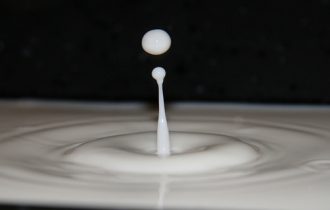