Promote European Riesling in the U.S.

NEW YORK — Wines of Germany, along with the European Union (EU), announced today a joint campaign, «Destination Riesling,» to market European Riesling in the US, the
campaign, underwritten by the German Wine Institute and the EU, will promote a holistic communications platform to increase interest and awareness for European Riesling among consumers in the
US the three-year campaign will contain both consumer marketing and trade elements.

Sommeliers and members of the wine trade have long recognized European wines for their excellent qualities as well as the unique artisanal nature of the producers making the wines. In spite of
this, Riesling is only now showing a rise in popularity among the average U.S. consumer. Riesling is currently the fastest growing white varietal in the U.S. (35.6 percent by volume). In the
last year, wine consumption in the U.S. has grown considerably, with a 24% increase in Riesling purchases in food stores in the U.S.(1) In addition, imports of German wine to the U.S. have seen
an increase of 28% over the last year.(2)

«We are thrilled to promote European Riesling on a new, larger scale that has never before been possible at this level,» said Monika Reule, managing director of the German Wine
Institute in Mainz, Germany. «We believe that the tradition and legacy of winemaking in Europe, in addition to the superior climate in which European Riesling grows, makes it a benchmark
for Riesling around the globe. We feel it is crucial to communicate this message to wine lovers in the U.S.»

The program will kick off with a «Destination Riesling» luncheon at the highly anticipated New York City restaurant, 154 South Gate, at the Jumeirah Essex House Hotel. The luncheon
will highlight some of Europe’s finest Riesling producers and vintages and feature pairings guided by sommelier Troy Weissman that express the breakthrough cuisine of Head Chef Kerry Heffernan.

European Riesling offers an extensive range of flavors and tastes, from bone dry to seductively rich and fruity, making it one of the most versatile and food-friendly varietals in the world.
The «Destination Riesling» campaign will focus on highlighting the best-in-class differentiators of European Riesling and the unique terroirs of Germany, Austria and Alsace.

Elements of the 2008 European Riesling program include: — «Riesling & Co.» Tour: Sit-down luncheons and tastings will be held in San Francisco (May 12th) and Chicago (May
13th); trade and consumer walk-around tastings will be held in New York City on May 15th. — Presence at the Aspen Food & Wine Festival (June 2008). — «Riesling Week» (June
2008): Restaurants in New York, Chicago, Las Vegas and San Francisco will offer by-the-glass Riesling choices, as well as pairings and other special promotions. Tastings will also be held at
selected retailers in New York, Chicago, and San Francisco. — Advertising: The program will contain both on and offline advertising and a viral campaign. — Press trips (September and June
2008): Trips will journey along the Riesling Route visiting key vineyards and winemakers. — Food & Wine Pairing campaign: Wines of Germany and the EU will partner with retail stores in the
U.S. The campaign will offer seminars and tastings that will be open to the public.

«By bringing European Riesling to the forefront of the new marketing campaign, we believe that we will expose the varietally-oriented U.S. consumer to the wide versatility of Riesling and
continue to build a strong following in the U.S. for the world-class wines that German and other European regions have to offer,» added Monika Reule.

About Wines of Germany
Wines of Germany, formerly known as the German Wine Information Bureau, is the exclusive U.S. office of the Deutsches Weininstitut. Wines of Germany is focused on creating greater awareness to
further enhance the image and increase sales of wine in the U.S. through educational and promotional activities. It is the primary information source on wines deriving from the 13 German wine
growing regions for members of the wine trade, the media, and U.S. consumers. The promotional and educational efforts of Wines of Germany focus primarily on Riesling, the most famous German
grape variety.

Campaign financed with aid from the European Union. 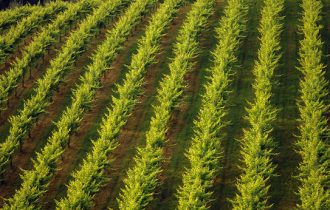 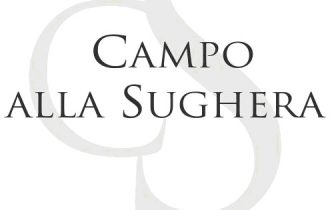