The European Food Safety Authority (EFSA) has published a survey on Salmonella levels detected in slaughtered pigs across the European Union in 2006-2007.

Salmonella was estimated on average to be present in one in ten pigs[1] slaughtered for human consumption (10.3%), according to an EU-wide report from an EFSA Task Force[2]. Levels for
Salmonella detected in pigs varied from 0% to 29% between Member States[3].

Among all Salmonella detected, Salmonella Typhimurium and Salmonella Derby (which are two common Salmonella types found in infection cases in humans) were detected in 4.7% and 2.1% of pigs
slaughtered for human consumption, respectively. Salmonella is the second most reported cause of food-borne diseases in humans in Europe with 160,649 people suffering from Salmonella infections
in 2006[4](approximately 35 people in every 100,000). These results will now help the European Commission in setting targets[5] to reduce Salmonella in pigs across the EU.

Only one country reported no cases at all in their slaughtered pig populations for all Salmonella types while others detected levels as high as 29%. In addition to Salmonella Typhimurium and
Salmonella Derby, some countries also reported high levels of other types of Salmonella.

Testing of slaughter pigs across the 25 Member States participating in this survey was based on a randomly selected sample drawn from slaughterhouses representing 80% of the pigs slaughtered in
each Member State.

Salmonella is the second most reported cause of food-borne diseases in humans in Europe. Infections can range from a mild to severe gastroenteritis and in some vulnerable groups, such as
children and the elderly, can be fatal. Risks for consumers are typically from under-cooking of pig meat or cross-contamination to other foods. Thorough cooking and strict kitchen hygiene will
prevent or reduce the risk posed by Salmonella contaminated pig meat.

See the full report and annexes

[1]The ileocaecal lymph nodes (which are found near the intestines) of the selected pigs were tested for Salmonella.
[2] Task Force on Zoonoses Data Collection on the Analysis of the baseline survey on the prevalence of Salmonella in pigs in the EU, 2006-2007 where all Member States were represented.
[3]Page 17 of the study provides detailed information on estimated prevalence broken down by Member State.
[4] EFSA Community Report on Zoonoses 2006
[5] Regulation (EC) 2160/2003 of the
European Parliament and of the Council of 17 November 2003 on the control of Salmonella and other specified food-borne zoonotic agents https://ec.europa.eu/food/food/biosafety/salmonella/index_en.htm.
[6] Three previous baseline studies have been published on Salmonella in laying hen flocks (chickens raised for egg production), Salmonella in broiler meat (chickens raised for chicken meat)
and Salmonella in turkey flocks. 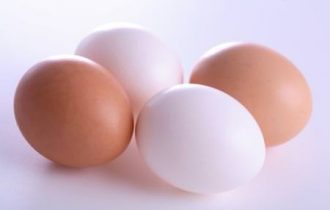 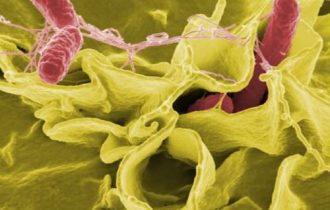