Home/INTERNATIONAL /At Least 92 Die in Earthquake in Italy

At Least 92 Die in Earthquake in Italy

The Italian news agency, ANSA, quoted rescue workers in mid-afternoon as saying the death toll had reached 92. A spokesman for Italy’s Civil Protection Agency said on national television that
an estimated 40,000 to 50,000 people had been left homeless.

The epicenter was in L’Aquila, a picturesque Medieval fortress hill town, where most of the deaths occurred, officials said. Aftershocks shuddered through the area, hampering rescue efforts as
people clawed through the debris by hand, frantically seeking survivors.

“Some towns in the area have been virtually destroyed in their entirety,” Gianfranco Fini, speaker of the lower house of Parliament, said in Rome before the chamber observed a moment of
silence.

ANSA reported that President Obama, visiting Turkey on an eight-day overseas tour, offered his condolences to Italian families hit by the quake.

The situation is “extremely critical, as many buildings have collapsed,” Luca Spoletini, a spokesman for the civil protection agency, told ANSA shortly after the quake struck. Prime Minister
Silvio Berlusconi canceled a trip to Moscow and declared a state of emergency in the region.

Reports from the areas said that at least 26 towns had been affected by the earthquake. Four children died in the hospital after their house collapsed, ANSA reported. A fifth child died in the
village of Fossa, eight miles from L’Aquila.

The quake struck around 3:30 a.m. and could be felt as far away as Rome, some 95 miles to the west, where it rattled furniture and set off car alarms.

Part of a student dormitory, a church tower and other historic buildings collapsed in L’Aquila, and the town’s cathedral was damaged.

Initial reports said one person died when part of the student dormitory crumbled and seven people may be missing in the debris. At midday, shaken students sat outside the rubble of the
four-story dormitory, expressing fears for the fate of others who may not have survived.

“We’re waiting for my son,” said a distraught-looking mother who declined to give her name. She stood among a knot of anxious onlookers and hid her red eyes behind large sunglasses.

“This shouldn’t have happened,” said Gabriele Magrini, 21, a student of physics at L’Aquila University, who had been across town at a friend’s house when the quake struck. He said he had been
waiting at the university since 4 a.m., adding: “We’ve only seen two people come out. We’re still waiting for 10.”

There was a first shock after 11 p.m., Mr. Magrini said, adding that he hadn’t realized how bad the major shock had been until he saw the destruction.

Damage to buildings was visible throughout the city. Residents wheeling dusty suitcases wandered through the streets as rescue workers sifted through the rubble.

Hundreds of L’Aquila’s 80,000 residents rushed from their houses and gathered in the central Piazza Duomo, where nuns from a local convent attended to frightened residents, ANSA reported.

“There are many palazzi that are cracked — walls have fallen in,” Joshua Brothers, an American missionary, told CNN. He also noted that a church in town had been badly damaged. “The bell
tower has crumbled,” he said.

He said many people had poured out of their homes after the quake.

“There were people calling for people that they know. They were very worried,” he said. “Most people are outside with luggage.”

People in surrounding cities in the Abruzzo region and the neighboring Marche region also rushed into the streets, fearing their houses would collapse.

In a letter to the archbishop of L’Aquila, the Vatican secretary of state, Tarcisio Bertone, wrote that Pope Benedict XVI was praying “for the victims, in particular for children.”

Speaking on Rainews 24, Guido Bertolaso, Italy’s top civil protection official said that the earthquake was “comparable if not superior to the one which struck Umbria in 1997.”

Offers for help have come from various European countries, while volunteers were mobilizing throughout Italy.

The United States Geological Survey said the earthquake had a magnitude of 6.3. It was the most violent of several quakes to hit the region overnight.

Seismic activity is relatively common in Italy, but intensity like Monday’s quake is rare.

Mr. Bertolaso likened the quake in L’Aquila to the tremors that struck the central Umbria region on Sept. 26, 1997, The Associated Press reported. That quake killed 10 people and damaged
medieval buildings and churches across the region, including Assisi’s famed basilica.

The last major quake to hit central Italy struck the south-central Molise region on Oct. 31, 2002, killing 28 people, including 27 children who died when their school collapsed.

The L’Aquila quake was the worst to hit Italy since 1980, when a 6.9-magnitude earthquake struck Eboli, south of Naples, leaving more than 2,700 people dead. 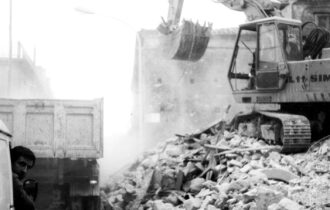 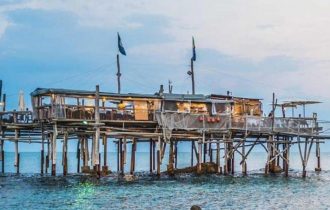