Researchers have discovered a gene sequence, linking weight gain with the tendency to develop type 2 diabetes, the finding reveals a genetic connection between obesity and its associated health
problems that may help identify those at greater risk and lead to more effective treatment.

The study, conducted jointly by scientists in France, the UK and the US, also shows that the sequence is prevalent in half of the UK population, and significantly more common in people with
Asian Indian ancestry. The sequence may even account for the alarming growth rate of cardiovascular diseases, particularly among Asian Indians.

‘Until now, we have understood remarkably little about the genetic component of common problems linked with obesity, such as cardiovascular disease and diabetes,’ said Professor Jaspal Kooner
of the National Heart and Lung Institute at the Imperial College London in the UK. ‘Finding such a close association between a genetic sequence and significant physical effects is very
important, especially when the sequence is found in half the population.’

Scientists from Imperial College London, the University of Michigan in the US, and the Pasteur Institute, France, examined the association between unique genetic markers (single nuclear
polymorphisms), and physical traits linked with obesity. They discovered that the new gene sequence is associated with a two centimetre expansion in the waist line, two kilogramme weight gain,
and a tendency to become resistant to insulin, which can lead to type 2 diabetes.

The researchers believe that the sequence may be involved in controlling the MC4R gene. This gene influences how much we eat and how much energy we expend or conserve, and has been linked to
rare forms of childhood obesity. The new findings, combined with existing research on energy-conserving genes linked to obesity, could significantly change the way that obesity is treated and
managed.

The study has also shown that the sequence is found in 50% of the UK population, and is a third more common in those with Asian Indian ancestry. This may shed new light on high levels of
obesity and insulin resistance in Indian Asians, who make up 25% of the world’s population and who are expected to account for an astounding 40% of global cardiovascular disease in the next
decade.

‘A better understanding of the genes behind problems such as diabetes and cardiovascular disease means that we will be in a good position to identify people whose genetic inheritance makes them
most susceptible,’ said Professor Kooner. ‘We can’t change their genetic inheritance. But we can focus on preventative measures, including lifestyle factors such as diet and exercise, and
identifying new drug targets to help reduce the burden of disease.’

The research was conducted as part of the London Life Sciences Population (LOLIPOP) study involving approximately 30 000 UK citizens. The study assesses the environmental and genetic causes of
cardiovascular disease, diabetes and obesity in people of both European and Indian Asian ancestry. 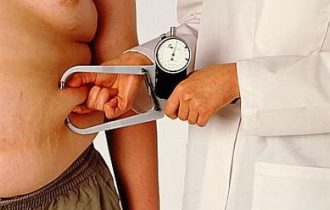