Home/INTERNATIONAL /Consumer research on eating out

Consumer research on eating out

The aim of this research was to inform the development of the Agency’s approach to engaging with catering outlets, and the development of possible approaches by businesses, navigator Research,
on behalf of the Agency, conducted qualitative research to gather consumers’ views and attitudes on the choices they make when eating outside the home, and the role that healthy eating plays in
these considerations.

The research was conducted in 12 focus groups of 6-8 participants; together with additional ‘quali-hall’ interviews with 32 respondents recruited in town centres for an immediate interview of
15-30 minutes. Participants were recruited to be eating out at least 2-3 times a month, with many doing so more often. The sample included a broad representation of age, socio-economic group
and life-stage. Fieldwork was conducted in the South East, Midlands and North of England, Scotland, Wales and Northern Ireland in February 2007.

Main findings – The nature of choice when eating out was relatively complex. People’s decisions were based on a number of interlinking factors, the importance of which varied depending
on the eating out occasion. The principal drivers were price; location and time available; perceived food hygiene; atmosphere and ambience – with brand names often influencing people’s
perceptions of one of more of these factors.

Healthy eating out was also a consideration (although to a lesser degree), even if exercised in a relatively simplistic way.

‘Healthy eating’ in the context of eating out was often understood to mean ‘avoiding unhealthy eating’. It was also frequently used in a relative sense; to mean that a choice was healthier than
the immediately available alternatives. However, consumer responses to the term ‘healthy’ were much narrower, connoting asceticism and lack of taste and appeal.

Consumers felt they did not eat out frequently enough to be greatly concerned about the healthiness of their choices. However, it was clear that consumers underestimated the extent of their
eating out, with smaller meals, and snacks in particular, likely to be overlooked.

There were occasions when eating out was a treat and ‘normal rules’ could be allowed to lapse. In this context it was noted that an occasion can be a treat for many reasons that go beyond the
‘indulgence’ of the food consumed – such as a relaxing evening out with friends or simply a break in the working day.

Where consumers had actively sought to eat out more healthily this had often entailed switching outlets rather than choosing different menu options. The most widespread example was to cut down
on what consumers described as ‘fast food’, while some respondents simply ate out less. 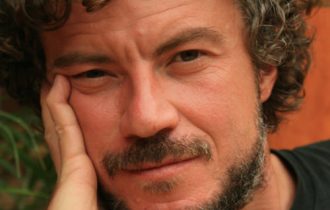