Bujumbura – The World Food Programme has urged the international community to provide US$6 million so that WFP food assistance to as many as 90,000 Burundian refugees returning
home from Tanzania – due to run out mid-year – can be maintained.

«WFP needs donors to provide for the vital needs of the returnees – most of whom are women and children – at this critical moment,» said WFP Burundi Country Director Jean-Charles
Dei.

«It would be a tragedy if we are unable to provide the full support refugees will need when returning to Burundi,» he said.

«Unless contributions are immediately forthcoming, our support to those returning home will be in jeopardy,» he said.

In 2007, a tripartite commission consisting of the governments of Burundi and Tanzania, as well as UNHCR , agreed that people who fled Burundi in 1993 should repatriate.

As many as 60,000 of these refugees are expected to return this year. A schedule for camp closures in Tanzania for 2008 was also announced.

The commission also agreed that people who fled Burundi in 1972 and are living in Tanzanian settlements could either remain in Tanzania and apply for citizenship or return to Burundi. Of the
218,000 refugees in this group, some 30,000 have expressed their desire to return home to Burundi.

Hundreds of thousands of people left Burundi for neighbouring Tanzania in 1972 to escape conflict. Thousands more followed in 1993.

Burundi is emerging from 14 years of civil war which killed more than 300,000 people and displaced more than one million people in the region.

In collaboration with UNHCR, WFP and its partners therefore immediately moved to encourage voluntary returns by increasing the return package for each family from a three-month to a six-month
food ration. The U.N. refugee agency provides a cash grant of 50,000 Burundian francs (approximately US$45) to each returning refugee.

Every Burundian refugee family leaving Tanzania receives prepared meals from WFP in the transit camps before being given a one-month ration as they head home. The remaining five-month ration is
distributed to families once they have reached their home communities by WFP’s partner CED/Caritas .

In order to meet the urgent needs of the returnees, WFP has already been forced to cut rations to many of the people it feeds in Burundi, including children receiving school meals and mothers
of children being treated for malnutrition. Food-for-work and food-for-training projects have been suspended.

WFP is facing major breaks in supplies of all its regular food commodities in May and June, just when the return of refugees is anticipated to be at its height. In addition to the returnee
operation, in order to roll out its other operations in Burundi until the end of June, WFP requires an additional US$20 million.

«It’s crucial for the consolidation of peace in Burundi that not only the returnees, but also the communities that are receiving them, receive the assistance they need at this seminal
time in the country’s history,» said Dei. 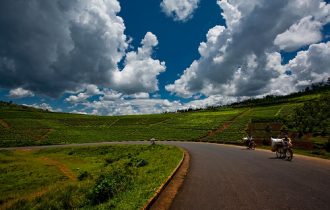