The European Organisation for Nuclear Research (CERN) is looking back on a successful year, delivering his end of year status report at the meeting of the CERN Council, the organisation’s
governing body, Director General Dr Robert Aymar said that excellent progress had been made on CERN’s new flagship research facility, the Large Hadron Collider (LHC).

Although the LHC has caused some controversy – some scientists have voiced concern that it might trigger one of several theoretical disasters capable of destroying the Earth, including the
creation of tiny black holes that could accrete matter – the LHC’s installation has been completed in a tunnel situated on the outskirts of Geneva, Switzerland. The tunnel measures 27
kilometres in circumference. By accelerating and colliding particles, researchers hope to gain new insights into the workings of the Universe.

The set-up of detectors for observing these collisions is nearing completion, while the worldwide LHC Computing Grid, needed for the analysis of data collected, is being put in place. At the
same time, two of the LHC’s eight sectors are currently cooling down to their operating temperature of 1.9° above absolute zero (-273.15°Celsius).

‘Today, we’re on course for start-up in early summer 2008, but we won’t be able to fix the date for certain before the whole machine is cold and electrical tests are positive. We’re expecting
that in spring,’ said Dr Aymar, who is set to resign at the end of 2008 to be succeeded by Professor Rolf-Dieter Heuer. Professor Heuer is currently research director for particle and
astroparticle physics at the German electron synchrotron (DESY) laboratory.

‘This is a very exciting time for particle physics,’ commented Professor Heuer after being appointed next director general by the CERN Council. ‘To become CERN’s director genera; for the early
years of LHC operation is a great honour, a great challenge, and probably the best job in physics research today. I’m looking forward to working with CERN’s community of personnel and
researchers from around the world as we embark on this great adventure.’

‘Rolf Heuer has worked tirelessly for DESY as Germany’s main particle physics laboratory, while at the same time strengthening links between DESY, the German university system and CERN,’ stated
Professor Torsten Akesson, president of CERN Council. ‘This spirit of collaboration will be a valuable asset to CERN as we move into LHC collaboration, develop strategic options for long-term
scientific programme, and develop collaboration with the European national laboratories and institutes.’ 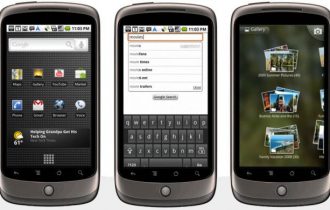 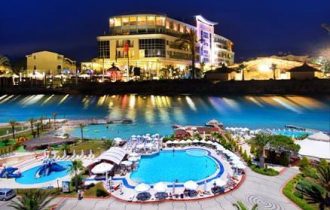