UK boosts funding for research into alternatives to animal testing

The UK has announced that it is to double funding for research aimed at reducing and replacing the use of animals in experiments, currently the National Centre for the Replacement, Refinement
and Reduction of Animals in Research (NC3Rs) receives just over GBP 2 million (?2,78 million) annually from the UK’s Department for Innovation, Universities and Skills. This figure is set to
rise to just over GBP 5 million (?6.95 million) per year by 2010/2011.

‘We’re delighted to be receiving this additional funding between now and 2011. As a young and growing organisation, getting strong support from Government helps to emphasise how important our
efforts to replace, refine and reduce the use of animals in research and testing are for UK science,’ said Vicky Robinson, Chief Executive of the NC3Rs.

‘The extra money will allow the NC3Rs to further broaden its reach in the scientific community and fund more high-quality research to minimise the use of animals and improve their welfare where
they are still needed.’

‘Animal research plays a vital part in medical research and has helped save millions of human lives. Nonetheless, we should always look for alternatives and Government is committed to the
replacement, refinement and reduction of animals in research. It is an area where we are leading the world,’ added Ian Pearson, the UK’s Science and Innovation Minister.

‘We have a proud history of animal welfare and protection in this country and the work of the NC3Rs builds on that tradition. This rise in funding ensures the Centre can increase not only the
research they fund but also their impact.’

The NC3Rs was set up in 2004. It brings together stakeholders from academia, industry, government and animal welfare organisations to facilitate the exchange of information of ideas and boost
the translation of research findings into practices that will benefit both animals and science. 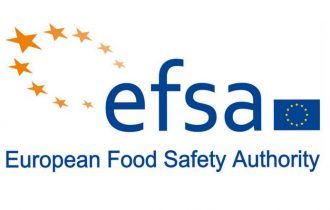