Home/INTERNATIONAL /Tourist information wherever you are

Tourist information wherever you are

Would you like instant access to information on the buildings and scenery you see on your travels? A novel mobile phone programme, able to provide information on what you see when you see it,
was a regional winner in the European Satellite Navigation Competition, sponsored by ESA’s Technology Transfer Programme.

Ernst Pechtl, and Hans Geiger are co-owners of the company SuperWise Technologies AG, which has developed the Apollo image-recognition system that lies behind the eye-Phone.

Pechtl presents eyePhone at the European Satellite Navigation Competition 2007 press conference
How does it work? If you see something interesting while out walking for instance, you take a photograph with your mobile phone, select the item of interest with the cursor and in real time
preprocessed information on the object selected is sent to your mobile phone.

«It could be a building, a mountain, a tree, plant or a special event such as a local festival,» explain Pechtl. «The amount of information you receive depends on you, if you
want to know more you just click the ‘more button’ and you trigger a more detailed search responding to your profile of interest. Applications include tourism, education, remote healthcare,
security, science, etc.»

«The eye-Phone is a good illustration of the potential of satellite navigation systems when their positioning information is combined with other communication and information technology.
With the improved accuracy of the European Galileo system in comparison to existing systems, the prospects will be amazing,» says Frank M. Salzgeber, head of ESA’s Technology Transfer
Programme Office. «Galileo can create new businesses in Europe and strengthen Europe’s competitiveness in space spin-offs.»
The system has been developed using Apollo technology, an innovative artificial intelligence system. «It’s a unique piece of software that can carry out object recognition within images,
a very tricky task. It is self-learning and after a short and very simple training session it can identify any object in the world,» says Pechtl.

Apollo technology can identify objects in a digital image regardless of the angle from which it is taken, the lighting conditions or quality of the image. To support object recognition, it uses
navigation positioning information.

It uses also an ‘angle-sensor’, a new function now being introduced in digital cameras that identifies the angle from which an image is taken and the direction in which the camera is pointing.
Once the object in the picture is recognised the system can then interface to any database on the internet to select user-specific information on the object selected.

«The key to the eye-Phone system is the object recognition done by the Apollo software. Nothing in the world is able to do what our software does,» says Pechtl.

Concept proved – prototype on the way
SuperWise Technologies plans to team up with mobile phone operators who would provide the eye-Phone functionality as an additional function for subscription. It will be partly located on the
phone and partly in a central processing system of a cooperating image archives.

«The Apollo software is basically ready, and there is already one camera available with what we need: GPS, angle-sensor and on-board processing power. All we have to do is to integrate
our system with the camera, i.e. load our software on the camera chip, to have a prototype ready and working.»

A prototype should be ready during the mid of 2008, then Pechtl expects that it will take another 12 to 18 months to work out deals with mobile phone operators, find partners and negotiate
agreements with database information providers, before the eye-Phone functionality can be offered to mobile phone users.

If all goes according to plan, mobile phones could soon provide a mobile tourist guide.

Supported by ESA through its Technology Transfer Programme (TTP) and the German Aerospace Center (DLR) it is run by Anwendungszentrum GmbH Oberpfaffenhofen, together with the Munich
International Trade Fair SYSTEMS under the patronage of the Bavarian Ministry for Economics, Transport, and Technology. 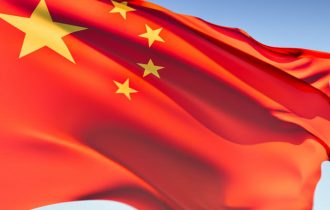 Tourism is a priority for China 14 Ottobre 2010 0 commenti