The winners of the Academy of Chocolate Awards for 2008 are announced today and UK chocolatier William Curley has won an impressive number of medals, these included a spectacular 4 Golds in the
Best Filled Chocolate category with his Chuao filled chocolate scoring highest, and the only 2 Golds in the Best Dark Chocolate Bar category.

The judges were particularly impressed by his Japanese Black Vinegar ganache and his Sesame ganache.

For the third year running, the Italian chocolate house Amedei has won the ‘Golden Bean’, the Best «Bean to Bar’ chocolate award, this time with its impressive Toscano 63%. However, this
year competition was intense with French producer Valrhona, winning gold awards for its Manjari 64% and Guanaja 70%. Valrhona also scored highest and won the only gold in the Best Milk Bar
category. Other chocolatiers winning Golds and Silvers in the Awards included Theo in the United States and UK chocolatiers Sir Hans Sloane, Melt, Demarquette and Paul A Young.

The Academy of Chocolate Awards 2008 received a record 300 plus entries from chocolatiers all over Europe and from the United States. Judging took place in London over 3 days. Judges included
Academy members, leading food journalists such as Charles Campion and renowned chefs such as Mark Hix, as well as international chocolate experts from the U.S., Scandinavia and South America.

The judges commented on the very wide range of flavoured chocolates this year, from traditional rose and violet to the fashionable sea salted caramels, as well as spiced chocolates and a move
towards Japanese ingredients and natural liquorice. The judges were also impressed by the entries in the drinking chocolate category. Rococo won a Gold for its organic House chocolate as did US
chocolate maker Theo for its fair trade organic chocolate chipotle spiced drinking chocolate. The judges remarked how the quality and range of presentation illustrated the revival in chocolate
culture. Drinking chocolates were submitted from the UK, Europe and America and were presented as sticks (reminiscent of how the Mayans and Aztecs produced chocolate from as far back as the
10th century), flakes, powder, bars and nuggets.

Sara Jayne Stanes, OBE, chair of the Academy of Chocolate says of the Awards, «The awards grow year on year and we were delighted with the number, and quality, of entries we received this
year. We hope that these annual Awards will help consumers, retailers and restaurateurs to make enlightened choices about the chocolate they buy.« 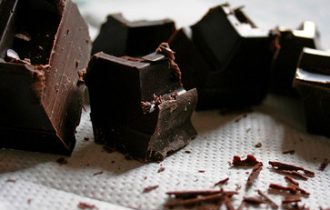 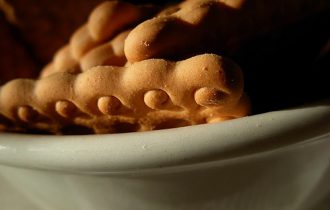 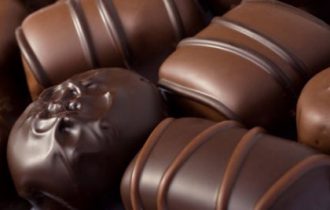