(text translated by Google)
Biofach 2018: The desire to feed BIO is the desire to live BIO
Nuremberg, 17 February 2018

The curtain is lowered on the 28th edition of Biofach & Vivaness 2018 with great satisfaction of exhibitors and organizers.

This is confirmation of the expectations of a rosy future for the Bio sector. Supporters of living Bio grow, companies that ride this long wave of desire for Bio grow. It’s not just the fashion of the moment, nor the simple awareness that eating healthier food is a long-lived elixir. “Voglia di Bio”, in our opinion, is like a philosophy of life for those who would like to live in a cleaner world. Inside itself, but also and above all in the surrounding environment in which we live: the world of work and human relationships, politics and the management of power at every level, corruption and injustice.

We are what we eat; so let’s start by feeding ourselves with healthy food to safeguard our health, but this ‘creed’ has other beneficial effects because it leads us to have respect for our neighbors and make our own personal contribution in every situation.
Living Bio means safeguarding the good part of what our predecessors have achieved, the practices of cultivation and natural conservation … before chemistry, before the massive use in agriculture of anticryptogamics, before monocultures and intensified exasperated farms. For millennia it has been the staple food of all populations, particularly for the weaning and growth of all the children of the world. Often it has also substituted mother’s milk very well.
In recent decades, however, someone has begun to say that milk hurts …

Because? What happened?
If we take back the concept that we are what we eat, and we apply it to the cows, it is not difficult to reach the solution.
Even they, dairy cows, are victims of Junk Food because farmers are forced to follow the rules of the market … or succumb and change profession.

Do you know how much it would produce on average a naturally-fed dairy cow with grass and hay, without added feed?
A cow would naturally produce about 4-5 liters of milk a day and could live up to 20 years.
A dairy cow, on the other hand, produces an average of 28 liters of milk per day and the special ones, with high forced yield, can produce up to 60 liters a day; in general, however, they suffer from various problems and are cut down after the third year of production. This product continues to call it milk but can not be combined with the milk that is produced by grazing cows. (for more information click here)

To reach these superquantities, obviously the breeder / businessman looks only at the economic result and feeds his “milk machine” with ad hoc industrial systems and feeds that stimulate maximum milk production. In practice, as in sport, the animal is ‘doped’. (mad cow has been a regrettable result).

Perhaps it is from here that a renaissance of the quality of meat and then of good milk was born.

Today, even if only for a small part, we have returned to hay milk (officially recognized also by the European Union), milk made as once from cows that live on pasture, eat grass and flowers of different varieties and in winter the dried hay naturally in the sun. Silage forage is not allowed either. To guarantee and protect consumers, Alce Nero – the leading company in the organic food sector of Emilia – has signed an agreement with MILA, (Click here for more information) to create a yogurt Organic Hay Milk: certified excellence of the natural excellence of the Alpine hay milk.

The “next generation” of organic food, the central theme of Biofach 2018, is now a confirmation of this trend towards a more sustainable world. Nuremberg, with Biofach and Vivaness, has become the natural seat of a G7 of the culture and culture of the BIO.

In the last two centuries man has achieved great industrial and social progress but now we are also suffering negativity: from indiscriminate pollution of the sea, groundwater and the atmosphere to diseases, allergies and food intolerances. A world that must be balanced, starting from the base, from each of us. 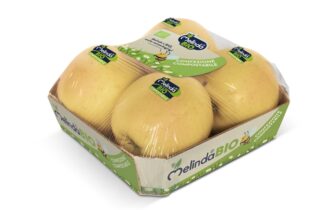 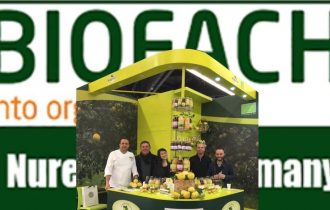 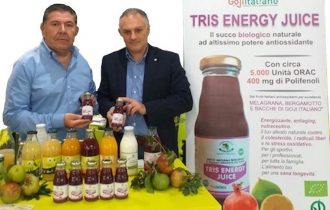 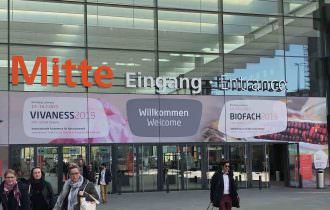