Information and Communication Technologies (ICTs) developed to help older people stay healthy for longer should be cost effective and respect the privacy and dignity of the elderly, MEPs have
stated, members of the European Parliament’s Committee on Industry, Research and Energy were voting on amendments to the Commission’s proposal to set up an Ambient Assisted Living (AAL)
programme.

The goal of the AAL initiative is to improve the quality of life of older people and help them to live independently for longer through the use of ICT. These technologies are being developed to
help counter many of the problems associated with old age, such as memory loss, vision and hearing difficulties, lack of mobility and loss of independence. ICTs can also help the elderly to
remain active at work and in the community. Technologies developed under the programme will also be of interest to other groups, such as disabled people.

The AAL programme will receive funding from the Seventh Framework Programme (FP7) under Article 169 of the EU treaty, which enables the EU to support the integration of national research
programmes from across Europe.

Ensuring that technologies are adapted to the needs of the elderly is a high priority for the parliamentarians.

‘When selecting projects following calls for proposals launched under the programme the following criteria should be met in addition to scientific excellence: technology must be adapted to the
needs of the elderly, services must respect the privacy and dignity of the elderly and support for independent living must contribute to increased social participation on the part of the
elderly,’ reads an amendment put forward by the committee’s rapporteur, British Labour MEP Neena Gill.

The report also highlights the importance of keeping the costs of new technologies down. ‘The [Commission’s] report assumes that this demographic segment has a high purchasing power, but in
reality, the elderly are cost conscious and many living on pensions alone,’ the committee’s report states. ‘Thus, it is essential to keep costs affordable and the products accessible to all who
need them.’

The report also recommends that old people be included in the design phase from the very beginning. ‘Research suggests that older people are less inclined to use/try new technologies; therefore
it is very important that the products developed are easy to use and a lot of research should go into making them simple to use,’ the report reads.

Another point raised in the report concerns the fact that the needs of those aged 65 to 75 are very different from those of the 75-85 group and the 85 group.

Regarding costs, the parliamentarians are emphatic that participating countries should jointly contribute at least the same amount as the Commission (?150 million) or more to the programme.
Furthermore, if the programme is implemented inadequately, partially or late, the EU should reduce or terminate its financial contribution. Overlaps with existing national and Europe-wide
programmes should also be avoided, the MEPs recommend.

The MEPs are clear about the benefits to Europe of investing in these technologies. ‘Since ageing is a global phenomenon, a strong base of ICT-enabled solutions in Europe could be the start of
export opportunities worldwide,’ commented Ms Gill.

‘I see opportunities of the so-called ‘silver economy’, which can produce new jobs in a growing market with new products and services,’ added Dutch Christian Democrat MEP Lambert van
Nistelrooij. ‘This is good news for the European industry.’

The full European Parliament will vote on the issue in March. 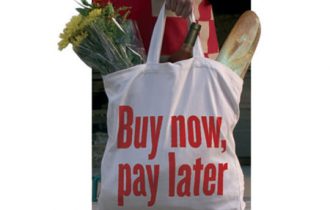 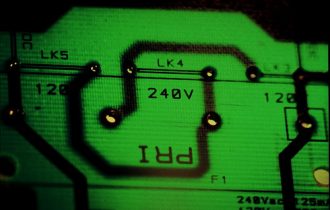