Home/INTERNATIONAL /Life gets harder in Narobi slums after Kenya violence

Life gets harder in Narobi slums after Kenya violence

Kibera, Nairobi – The eruption of anger and violence in Kenya in the wake of disputed elections has been particularly intense in the crowded slums of Nairobi, where almost
two-thirds of the city’s population live. WFP spokesperson Penny Ferguson went to a food distribution at Woodley stadium on the outskirts of Kibera.

It is just before 7am at the Woodley stadium on the outskirts of the giant Kibera slum in Nairobi, and already over 1000 men, women and children are crowding in front of the small football
clubroom, with more arriving every minute.

Each person who comes through the gates displays a slip of
white paper. It is a ration token from one of the church groups or partner organisations working in the slums and it shows that their family has been badly affected by the waves of
post-election violence that have rolled through the slums, in the form of killings, arson and looting.

The two rounds of general food distributions conducted in Nairobi’s slums are a first for the World Food Programme and a first for the independent-minded people who live there.

‘They burned my house’
Jennifer Auma sits with the waiting crowd, her head wrapped in a crumpled scarf that is one of the few pieces of clothing she has left.

‘They burned my house,’ she says flatly. ‘We ran away.’

Mrs Auma says no one in the family was hurt, because their local pastor warned of danger just before a mob torched their house. She and her six children are all safe, but they had to leave all
their belongings behind.

Mrs Auma normally makes a living for herself and her family selling vegetables. She says she has been trying to start selling again, but people have little money to buy .

Mrs Auma reaches the front of the 2000-strong queue where Red Cross volunteers are helping distribute food. She has a token which will entitle her to 2100 kilocalories a day for six people:
made up of split peas, vegetable oil, biscuits and corn-soya blend from WFP, and whole-grain maize from government food stocks.

Precarious lives
The daily economics of life in the slums is as fragile as the framework of the flimsy wood and tin shelters that its inhabitants rent.

The rickety shacks reflect the precariousness of the lives of those who live in them.

The majority of those who have work are casually employed and paid by the day. On their return in the evenings they spend their small earnings on food, fuel and basic necessities for the
family.

The instability created by the election crisis has caused prices to sky-rocket with products such as milk doubling in price over the course of a few days and leaving people unable to afford
them, forcing many to turn to WFP for help.

Some 77,600 people, in 10 locations across the city, will have received WFP food by the end of the day.

Life harder than ever
Rose Nyango, 27, is also waiting for a food ration. She usually takes in washing to earn money to feed her family. Her husband’s salary covers the rent and the children’s school fees, while the
washing pays for food.

‘But there’s nothing to wash,’ she says. ‘There’s no food, there’s no anything – the children feel hunger.’

Mrs Nyango says life in the slum is harder than it has ever been. «And there’s nobody you can borrow from, nobody has money.»

It’s even difficult finding the money for water, that costs a shilling for a jerry can.

As soon as she can pay for a bus fare, Mrs Nyango says, she will take her children back to her parents’ home in Homa Bay, but the prices have shot up. «It used to be 350 shillings. Now,
it’s 1500 shillings, or you cannot move.»

Living in fear
Others say they have no plans to leave their homes, but live in fear. Daniel Owuor, 49, has not walked since he was five years old, when he contracted polio. He came to Nairobi for treatment as
a child, then married, had four children, and settled in the city, making his living hawking sweets in the city centre.

He has lived in Dagoretti for more than 20 years, but now, he says, he and his wife have been threatened because they came from Nyanza, not the local area.

‘Even what you have, you fear you will lose. And they don’t care if you are disabled,’ he says.

‘The future, I see a dim light. It is not bright. We just pray God that a miracle will happen.’ 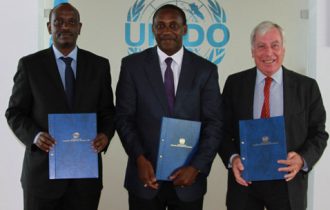 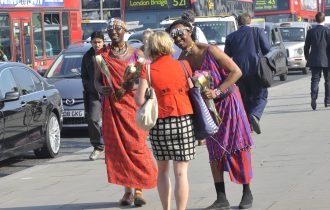