According to Norwegian government figures, more than 100,000 tonnes of illegal cod, valued at ?225 million ($US350 million), was caught in the Barents Sea in 2005, concerted efforts by
industry, government and NGOs to clamp down on this illegal activity has seen illegal landings cut by 50 per cent, but illegal fishing for Alaska pollock in the Russian Far-East remains a
problem.

While investigation into illegal fishing in the Russian Far-East is less exhaustive than in the Barents Sea, the new report, Illegal Fishing in Arctic Waters, shows that in the Sea of Okhotsk
alone, illegal landings of Alaska pollock can reach a value of more than ?45 million ($US70 million) annually. The economic loss to the legitimate fishing industry and public purse is estimated
at ?210 million ($US327 million).

Barents Sea cod is taken mainly by Norwegian, Russian and EU fishers, while the bulk of the Alaska pollock catch, fished mainly in the Western Bering Sea and Sea of Okhotsk, is taken by Russian
fleets with China the largest buyer. With markets spread across the globe, the distribution of black market cod and pollock is a global problem.

«If you’re enjoying bacalhau in Brazil, fish and chips in the UK, or frozen fillets in Germany you could be unwittingly supporting black-market cod,» said Maren Esmark, Marine
Director at WWF-Norway. «Progress in tackling illegal fishing for cod in the Barents Sea should be applauded, but the positive trend may not continue as illegal products can find new ways
to international markets.»

WWF is concerned about the ability of Arctic fish to cope with climate change, with illegal fishing being an added stress that can reduce the capacity of fish populations to adapt and survive.

WWF is also alarmed that several EU member states are opposing the current European Commission proposal to address illegal fishing, and the EU risks losing a key opportunity to tackle this
problem.

«We urge all EU countries to support the commission’s proposal to deal with illegal fishing, and appeal to processors, retailers and consumers to not support criminality in
fishing,» said Esmark, «Companies should not trade with vessels known to fish illegally, and consumers should demand the seafood they buy comes from a sustainable, legal
source.» 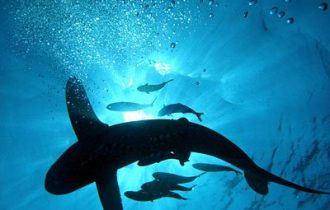