Niamey/Rome – An innovative survey has uncovered unsuspected agricultural riches in Niger, one of the world’s poorest countries, Niger’s census was in the spotlight as it used a new
design developed by FAO for its World Census of Agriculture 2010, the census, Niger’s first tally of agricultural and livestock resources revealed that the country’s agricultural assets have
been substantially underestimated when it was published last month. For example, Niger has over 30 million heads of livestock, 30 percent more than previously assumed.

The President of Niger himself, Mr. Mamadou Tandja, personally received the results on 12 November. It indicated the importance that Niger attached to the census, jointly financed by the
Government and the European Union (EU), with ? 2.3 million and ? 6.5 million respectively.

A ‘truly ambitious’ enterprise, as Paul van Vossen of the European Commission’s Delegation in Niger called it, the census took four years. Executed by FAO and the Government of Niger, it
yielded ‘a comprehensive and up-to-date picture of Niger’s livestock and agriculture,’ Mr van Vossen said.

Maria Helena Semedo, FAO’s representative in Niger, added: ‘Statistics are vital in stimulating herding and agriculture – two fundamental sectors of Niger’s economy – and in helping reverse the
impoverishment of its rural population.’

Over 500 mopeds – But the task faced by the census-takers was a daunting one, Ms Semedo recalled. ‘Never before had there been a livestock census in Niger, while the last agricultural
one was in 1980.’

At times more then 500 surveyors, using as many motorcycles and mopeds, were criss-crossing a country the size of Western Europe.

It also took an intense communication campaign, not only to reach national audiences through radio and television, but to make direct contact with target populations, in particular distrustful
livestock holders, and get them to collaborate.

‘We have almost the biggest stock in West Africa,’ he added. ‘Consequently there is no reason for us to depend on milk imports and we could turn ourselves into exporters of meat.’

But the census not only highlighted Niger’s livestock potential, said Ali Doulaye, in charge of the survey’s agricultural component. ‘Only three percent of our irrigable land is currently being
exploited,’ he said. His message: Niger needs to intensify its agriculture.

The case for intensifying agriculture, particularly through irrigation, but also with fertilizers and improved seeds, is all the more pressing because, as the census found, Niger’s farmers have
little land available for expansion.

Niger’s example – The census in Niger was of particular interest to FAO’s statistics division. Interest focussed on the innovative modular census design which was applied for the first
time in the survey. The new design, developed by FAO for its World Census of Agriculture 2010, allows information-gathering to be far more closely tailored to local characteristics.

‘One size does not fit all,’ says Hiek Som of FAO’s statistics division. ‘For instance, if you are going to look at a country where livestock in not as vital as in Niger, then you can leave the
relevant module out of your survey.’

Back in Niamey the EU’s Mr van Vossen concluded: ‘This wealth of information will prove essential for anyone involved in Niger’s rural development.’ He added: ‘FAO and the Government of Niger
have lived up to a challenge whose impacts will be felt for many years to come.’ 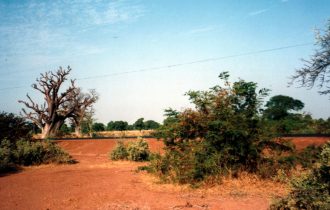