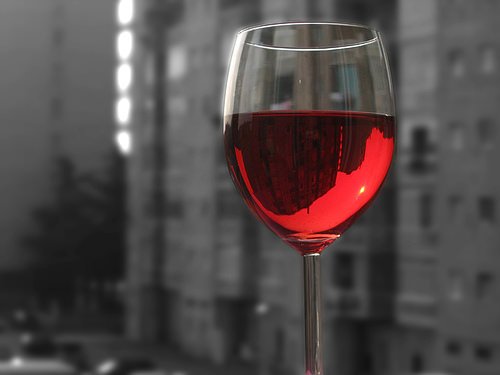 That’s because red wine contains the entire grape polyphenol group of nutrients, a group that has been shown to work much better synergistically. In fact, newly released research is showing that
breast tumor growth and metastasis to bone and liver are inhibited by the complete grape polyphenol complex.

Scientists at the University of Puerto Rico School of Medicine report that combined grape polyphenols at levels that would normally be consumed provide much more potent healing power than do
isolated compounds even at much higher doses. Combined polyphenols from red wine at physiologically relevant concentrations are more effective than individual compounds at inhibiting estrogen
receptor positive and estrogen receptor negative breast cancer cell proliferation, cell cycle progression, and primary breast tumor growth.

In their latest study, reported in the March 18 edition of Clinical and Experiential Metastasis, these scientists showed that combined polyphenols induced death in cancer cells and were more
effective than individual resveratrol, quercetin, or catechin extracts at inhibiting cell proliferation, cell cycle progression, and cell migration in estrogen receptor negative cell lines, the
cell lines most highly prone to metastasis.

When tested against primary tumor growth in mice, a statistically significant decrease in tumor area resulted from dietary combined grape polyphenols. Image analysis of distant organs for
metastases demonstrated that the polyphenols reduced metastasis especially to the liver and bone.

Polyphenols are the active compounds found in plants that give them healing powers. They also give plants their color and provide antioxidants. The high polyphenol content of red and purple
grapes is reflected in their deep, intense colors. White grapes are low in polyphenol content. More than 200 polyphenols have been identified in red wine, the most notable being resveratrol,
quercetin, and catechin.

The power of polyphenols to protect and heal is not surprising considering that polyphenols are the soldiers that stand guard to defend plants from ultraviolent radiation, pests and injury. They
stand as sentinels against infection from bacteria, viruses, and fungi.

Why not get polyphenols from capsules? The antioxidant power of extracts is poor compared to the antioxidant power of polyphenol obtained by consuming natural fruits and vegetables. According to
Dr. Erik Skovenborg, co-founder of the Scandinavian Medical Alcohol Board, extracted polyphenols are not easily protected from oxidation. He recommends getting an ample supply of antioxidants
from food sources like fruit, vegetables, oils and wine to arm the cells of the body with heavy antioxidant artillery to face any threat.

Red wine has stood the test of time

Plato (428-348 BC) said, “Nothing more excellent or valuable than wine was ever granted by the Gods to man.” Hippocrates (459-377 AD) suggested the application of wine as a tranquilizer,
analgesic and diuretic. Hildegard of Bingen (Germany, 1098-1179) used wine to treat cardiovascular disease. The Medieval physician and scholar Paraclesus reported on the beneficial effect of wine
on health in his book Concerning the Generation, Growth, Preservation, Life, Death, Resuscitation and Transmutation of Natural Things. Caesar recommended wine with meals in order to protect his
soldiers from gastrointestinal infections and bleeding.

The accumulation of fat in the liver is a chronic condition commonly associated with drinking alcohol, especially in excess. But scientists involved in recent research say resveratrol, a member
of the grape polyphenol complex, shows promise for preventing and treating human alcoholic fatty liver disease.

Research from the College of Medicine at the University of South Florida found that resveratrol reduces the amount of fat produced in the livers of mice chronically fed high levels of ethanol. It
also increases the rate that existing liver fat is broken down. Perhaps their most interesting finding was that the combination of ethanol and resveratrol had a greater impact than resveratrol
alone.

The research team created six separate groups of six to eight week old mice. Each group was fed a liquid diet. Half the groups received no ethanol, while the other half received doses of ethanol
that were gradually increased to simulate the affects of sinking into alcoholism. This went on until 29 percent of the groups’ daily calories came from ethanol. Four of the six groups (two groups
receiving ethanol and two that did not) received resveratrol supplements. Four weeks later, their livers were examined.

The scientists found that mice receiving alcohol but no resveratrol had three times the level of liver fat as did the other groups. They determined that resveratrol performed several activities
that aided in fat metabolism. One of these was the activation of sirtuin, an enzyme that helps prevent cell oxidation. The mice receiving ethanol along with the higher dose of resveratrol had
five times more sirtuin in their livers than did the ethanol only mice. Mice given resveratrol but no alcohol had between three and four times more sirtuin than the group that had only ethanol.
This study was reported in the October, 2008 edition of American Journal of Physiology, Gastointestinal and Liver Physiology.

This ability of resveratrol to inhibit the development of fat cells gives red wine star power as a weight loss aid. Other laboratory experiments have shown that resveratrol prevents the maturing
of fat cells and hinders fat storage in mature cells. It also reduces production of certain cytokines, substances linked to the development of obesity related disorders like diabetes and
atherosclerosis. Resveratrol stimulates the formation of adiponectin, a protein known to decrease risk of heart attack. Production of this protein is diminished by obesity.

Is the French Paradox really so puzzling?

Red wine is prominently featured in the Mediterranean diet, a way of eating that relies on whole foods along with wine. This diet has been shown to reduce mortality from all causes. Recent
finding have shown that eating as the Mediterranean’s do lowers the chance for metabolic syndrome, stoke, cognitive impairment, and inflammation.

The term French paradox refers to the observation that although the French eat similar amounts of high fat foods, exercise less, and smoke more than Americans do, they appear to have a markedly
lower mortality rate from heart disease. There studies and other suggest that one of the reasons the French have a lower rate of heart disease is their regular consumption of red wine.

Red wine is protective of neurons

Chronic consumption of alcohol increases oxidative stress, accounting for striking neurological changes. However, polyphenols from red wine, grape skins and grape seeds exhibit strong antioxidant
activity. Scientists at the University of Porto in Portugal evaluated this protective effects on the formation of the hippocampus by applying biochemical, morphological and behavioral approaches.
Rats were fed red wine and the results were compared with those of ethanol fed rats, and pair-fed rats. Lipofuscin pigment, an end product of lipid peroxidation, was quantified in neurons of the
hippocampus. All animals were behaviorally tested to assess their spatial learning and memory skills.

In the red wine treated rats, lipid peroxidation rated at the lowest level. The red wine group also had the highest levels of reduced glutathione and induction of antioxidant enzyme activities.
Morphological findings revealed that red wine did not increase lipofuscin deposition, but ethanol did. The red wine treated animals learned a water maze task at a higher rate than the ethanol
group and had better performance scores by the end of the training period on other tasks. The scientists concluded that chronic consumption of red wine, unlike ethanol alone, does not lead to a
decline in spatial memory. They credited red wine polyphenols for improving the antioxidant status in the brain and preventing free radical induced neuronal damage. This study is from the June 8,
2007 issue of Neuroscience. 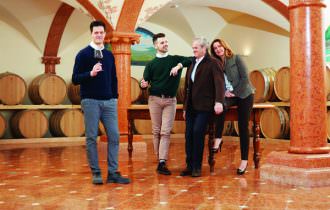 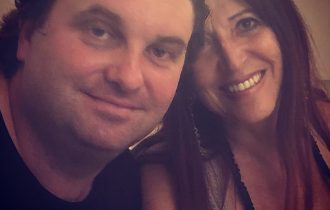 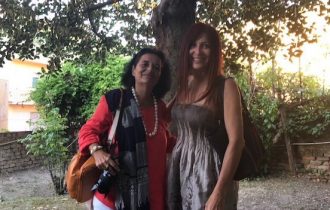 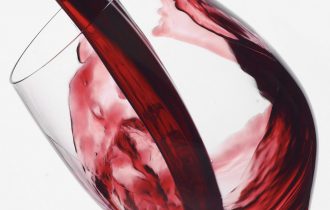