What is animal cloning? Cloning is a form of reproduction, the most common technique used is known as Somatic Cell Nucleus Transfer (SCNT), a genetic copy of an animal is produced by
replacing the nucleus of an unfertilised ovum with the nucleus of a body (somatic) cell from the animal to form an embryo, the embryo is then transferred to a surrogate dam where it then
develops in the womb until birth.

What is EFSA’s role in this issue? As cloning technology develops so does the possibility of food products from clones or their offspring becoming a commercial reality. At present no
specific authorisation procedure exists for food products from cloned animals. This is why the European Commission (EC) has requested EFSA’s expert scientific opinion on the implications of
animal cloning on food safety, animal health and welfare and the environment. EFSA provides scientific advice to the EC and other European risk managers, who are the decision makers on any
future European Union (EU) measures in relation to animal clones and food products.

Who else is involved? The EC has also asked for an expert opinion from the European Group on Ethics in Science and New Technologies (EGE). This complements EFSA’s work because EFSA does
not have a mandate to consider ethical, moral or other societal issues beyond its scientific remit .The EC will then consider whether any further action or measures are required. Other
countries are also considering the same kind of issues at the moment, for example in the United States, where the US Food and Drug Administration (FDA) has also been working on a risk
assessment.

Are products from cloned animals on sale today? At present cloning is not a commercial practice in Europe. There is no information suggesting that products from cloned animals would be
on the market in other parts of the world. In the US there has been a voluntary moratorium on the sale of such products since July 2001. These factors make it unlikely that such products are
currently on sale.

What is EFSA’s opinion on animal cloning? EFSA has not reached a final opinion yet. The draft conclusions reached so far suggest that it is not likely that food from cloned animals or
their offspring would introduce any new food safety issue compared to food derived from conventionally bred animals. But the draft opinion does recognise that uncertainties exist, particularly
due to limited data, and it acknowledges that there are health and welfare issues for animal clones. This opinion will be finalised after the public consultation.

What happens next? EFSA has issued a draft scientific opinion on the implications of animal cloning on food safety, animal health and welfare and the environment. That draft is now
available for scrutiny and comment. EFSA looks at the scientific evidence and data relevant to its remit. So the most important and relevant feedback will be any further evidence or data that
EFSA may not have been able to access that should be considered in the final opinion.

EFSA will actively consult the MS and its stakeholders. But wider feedback relevant to EFSA’s remit is also welcome. See below for links to the draft opinion and how to contribute to the
consultation.

The deadline for submitting comments, via the EFSA website, is on February 25th, 17:00 CET.

So when will any decisions be made? EFSA hopes to complete its work on this opinion by May 2008. That work, and the opinion of the EGE, will help inform any decisions about measures by
the EC, MS and the European Parliament in relation to animal clones and products obtained from these animals. 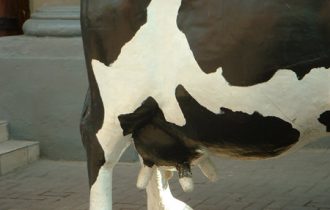