With their wrinkled, hairless skin, long buck teeth and tiny eyes, the naked mole-rat (Heterocephalus glaber) is not much to look at, its lifestyle is also less than enviable; the 10 to 15
centimetre-long creatures live in hundred-strong packs in poorly ventilated, underground burrows.

However what it lacks in looks, the naked mole-rat more than makes up for in bizarre traits, which include cold-bloodedness, an unusually long life span and a social structure which resembles
that of social insects such as certain bees and wasps. All of these make it an object of fascination for many scientists, and mean that it hits the world’s headlines on a fairly regular basis.

Most recently, this most curious of creatures has been in the news thanks to its newly-discovered insensitivity to both acid and capsaicin, the substance in chilli peppers which causes a
burning sensation in the skin.

Writing in the journal PLoS Biology, German and American scientists explain that the mole-rat’s pain receptors simply do not respond to acid, making it unique among vertebrates. The situation
for capsaicin is slightly different; the pain receptors respond normally but they activate a different region of the brain from that activated in ‘normal’ mammals which are sensitive to
capsaicin.

The researchers speculate that the conditions in the cramped corridors of the naked mole-rats’ burrow could have driven the evolution of this insensitivity to these noxious substances. Levels
of carbon dioxide in the burrow are extremely high. Normally, high levels of CO2 become acid on contact with the skin, causing a painful stinging sensation. By becoming insensitive to acid, the
mole-rats are better able to cope with their harsh environment, the scientists believe.

Furthermore, the discovery could lead to the development of new treatments for pain in people. ‘We’re learning which nerve fibres are important for which kinds of pain, so we’ll be able to
develop new strategies and targets,’ explains Thomas Park of the University of Illinois, the lead author of the study.

Another field where the humble naked mole-rat is making an important contribution is ageing. While mice, which are similar in size to the mole-rat, have an average life span of three years, the
mole-rat lives to almost 30. Comparisons of the two species are challenging the idea that oxidative stress alone is responsible for ageing.

‘The naked mole-rat, with its surprisingly long lifespan and remarkably delayed ageing, seems like the perfect model to provide answers about how we age and how to retard the ageing process,’
comments Rochelle Buffenstein of the City College of New York, an expert on ageing and naked mole-rats. ‘This animal may one day provide the clues to how we can significantly extend life.’

Meanwhile other researchers are using the naked mole-rat to investigate stress-related infertility. In mole-rat colonies, only the ‘queen’ is allowed to reproduce. She enforces this rule by
effectively suppressing the fertility of her subordinates by literally shoving them around to show them who’s in charge. The resulting stress suppresses the ovulatory cycle of females and
lowers the sperm count of males.

By studying this extreme case of stress-induced infertility, the researchers hope to shed new light on the condition in humans. ‘Social suppression in marmoset monkeys is very similar to that
in naked mole-rats, and as these are primates the applications to understanding human stress-related infertility aren’t so far fetched,’ says Dr Chris Faulkes of the University of London.

So while naked mole-rats may not be the cutest animals nature has to offer, perhaps we should look beyond their odd appearance and be thankful for their contribution to science. 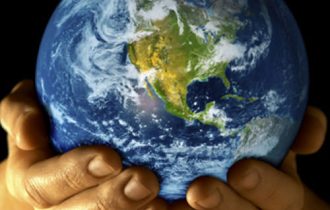